I came across this video on YouTube, which talks about people who failed miserably in life, yet due to their persistence, they created a mark for themselves. The reason why they could??

They were just ordinary humans who failed-once, twice, thrice… But I have heard that nothing in the world is more common than unsuccessful People with talent. So what was that one common thing that transformed them from ordinary to extraordinary?

It was their Strong will power, which told them that there must be a way out and this failure was just a stepping stone.

Imagine, a man lying on a railway platform for 29 days in a row! Homeless, foodless, and without money. He has 2 options, either to not quit, apply his brain/use his talent and end his misery… Or, he could quit! He opts for the first option, and guess who he was! He was Anupam Kher, the famous Bollywood star!

How flawed definition does one have in our mind for failure! One perceives it to be final. Negatively takes over, and one has difficulty thinking straight. Sounds familiar, yeah? It does happen with everyone. But god gives you signals, he tries to tell you something, which only you could perceive, and change your entire life. Yes, you and only you can save yourself.

Once you know that nothing could ever deter you, well, nothing ever can! Maybe the losses are huge, but they will be mended. Rather, they can be mended!

Okay, another example from Bollywood… How many of us love the soulful voice of Arijit Singh? He was thrown out of a reality show because he didn’t quite sing well. He could have attempted suicide, could have quit singing, but no! He went back to improve his voice, his skills and the rest is history! Another amazing example…. Well if Arijit didn’t win the show, then who did? Few people know him… And I seriously have no clue! Look at the second quote picture… Yeah, you get it! 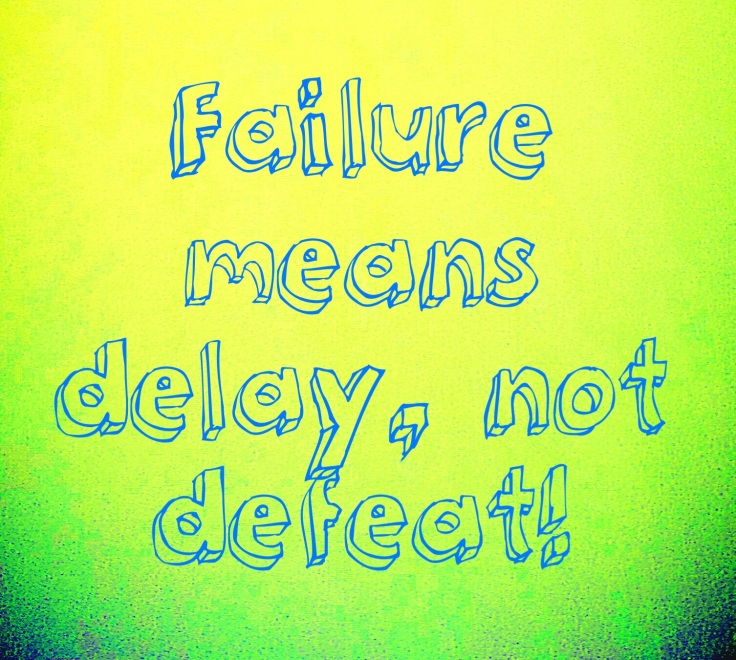